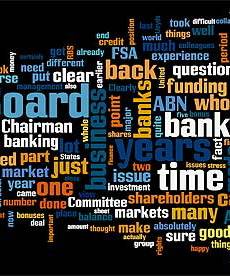 Those who won all battles shall lose the war.
Bilderberg Group and the crimes against humanity.
In 1991, when George Bush senior attacked Iraq and tried to establish the New World Order, has actually provoked a World War. A war the human kind has never seen before; a world war that may not have had the provocative blood-letting of the previous wars, nevertheless its consequences were equally bad for all the peoples. A financial world war, the consequences of which may not have been dead or amputated men and ruins, but in any case they were equally disastrous for both the peoples and the environment.
Because of that war we have reached the current point; We have reached the point to have more than one billion people starving on an everyday basis; We have reached a point that babies die every few seconds of famine and diseases that were considered to be eliminated; We have reached a point where a great part of the human population strives to survive with just a dollar per day; We have reached a point where thousands of people become living animals used for experiments of pharmaceutical companies just for survival; We have reached a point where some private men make decisions in their offices regarding military operations against peoples.
http://eamb-ydrohoos.blogspot.com/2012/02/world-war-iii.html
Αναρτήθηκε από ΟΙ ΑΓΓΕΛΟΙ ΤΩΝ ΕΛΛΗΝΩΝ